Call for Sermons: Preaching During a Pandemic: The Rhetoric of the Black Preaching Tradition

Preaching During a Pandemic: The Rhetoric of the Black Preaching Tradition

The Black Church has been more than an institution within American society for well over 400 years. Though not recognized as a formalized organization until much later, the spirit that makes the Black Church what it is dates back to the shores of these United States. In the slave quarters, in the brush harbors, the black preacher managed to inspire, encourage, and equip those who were shackled within the American slavocracy. This oratorical tradition carried a people through Reconstruction, the Harlem Renaissance, Jim Crow, the Civil Rights Movement, the Black Power Movement, the Black Arts Movement, and the #BlackLivesMatter Movement. Though the Black preacher was called upon to speak truth and triumph amid these varied seasons of the human plight in America, this current moment is different. It is different because this is the first time in history we cannot meet physically. The comfort of companionship and collective comradery is strained during this pandemic. Even during slavery, we met physically, secretly, but physically, nonetheless. While many are wondering how to do church during this time, here, we are concerned with how one preaches during this time.

Therefore, it is in this tension that we issue a call for sermons for a book project tentatively titled Preaching During a Pandemic: The Rhetoric of the Black Preaching Tradition. We envision this book to be a collection of sermons from those who preach within the Black preaching tradition. By examining these sermons, we hope to address questions such as: what are those who preach in the Black preaching tradition sharing with their congregants? How are they incorporating and infusing Covid19 in their sermons? What shape does the prophetic and priestly sermon take when preaching during a pandemic? Are certain models or types of sermons—womanist, prophetic/liberation, narrative, contemplative, celebrative, expository, thematic, induction, deductive—more frequently employed during a crisis? Hence, what we aim to do is collect some of the best sermons of the Black Preaching Tradition during this COVID-19 pandemic.

Submissions may take a variety of forms, including sermons, spoken word, poetry, and other forms of non-traditional oratory. Submissions should be full-text documents typed in a word processing program (e.g. Microsoft Word, Google Docs, etc.) and 12-point font. Audio submissions and outlines will not be accepted at this time.

The deadline for submissions is August 15, 2020


Andre E. Johnson is an Associate Professor of Rhetoric and Media Studies in the Department of Communication & Film at the University of Memphis. He teaches classes in African American Public Address, Rhetoric, Race, and Religion, Media Studies, Interracial Communication, Homiletics, and Hip Hop Studies. He is the author of the forthcoming book, No Future in this Country: The Prophetic Pessimism of Bishop Henry McNeal Turner (University Press of Mississippi, 2020). Dr. Johnson is also senior pastor of Gifts of Life Ministries in Memphis, Tennessee.

Wallis C. Baxter III is the pastor of Second Baptist Church SW in District Heights, MD. He is a 2009 graduate of Duke Divinity School with an M.Div. degree and a 2017 graduate of Howard University with a Ph.D. in African American Literature. His dissertation is entitled “You Must Be Born Again: The Literary Plea for an Ethical Rebirth in 19th Century America.” Baxter’s research interests include the shape of prophetic ministry from Reconstruction to today, 19th-century African American literature and liberation, Ethics in Black and White America, and Black Identity and gentrification within capitalistic America. 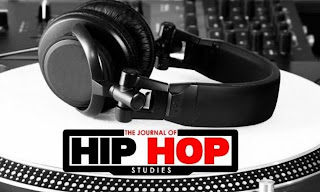