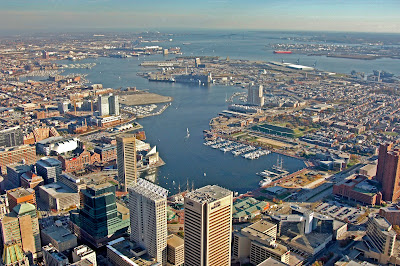 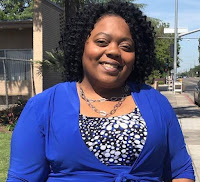 Melissa Renee Harris is a doctoral student at Howard University in the Communication, Culture, and Media Studies department. Her research interest includes rhetoric, race, and media representations. She is the co-author (with Ashley R. Hall) of the essay “My Living Shall Not Be in Vain”: The Rhetorical Power of Eulogies in the Face of Civil Unrest published in the Journal of Contemporary Rhetoric. Her current research focus is “The Talk” that African Americans have with their children about race. 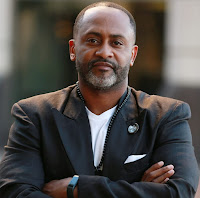 Dr. Fisher received his Ph.D. in Communication from the University of Memphis in 2018. Professor Fisher serves as Adjunct Instructor of Religion and Humanities at several local colleges and universities. Pastor Earle is also the Senior Pastor of Abyssinian Baptist Church in Memphis, TN, and founder of #UPTheVote901 – a nonpartisan initiative which gives more political power to more people and pushes to increase voter turnout in Memphis and Shelby County. Most of Dr. Fisher’s research focuses on the intersections of rhetoric, race, and religion with an emphasis on prophetic rhetoric and the personality Albert Cleage, Jr.

Drawing from the work of Frank Thomas in his book, How to Preach a Dangerous Sermon, I extend the boundaries of prophetic rhetoric to more readily identify militancy within the scope of the sacred. In so doing, my aim here is not to fashion a how to work on sermon militancy, but to offer sermonic militancy as a rhetorical framework that helps us to acknowledge our propensity to erase, reduce, minimize and demonize more militant rhetorical presentations (sermonic and otherwise) which are necessary for the full scope of black liberation projects and social movements to be actualized. 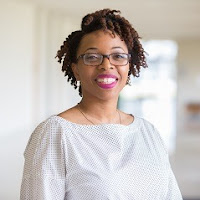 Dr. Nicole McDonald is a native of Hampton, Virginia. She attended the University of Virginia and earned a Bachelors of Science degree in Civil Engineering. After working as an engineering consultant for several years, Nicole answered her calling to ministry. She earned a Master of Divinity degree from Virginia Union University’s Samuel DeWitt Proctor School of Theology and a Master of Science in Patient Counseling from Virginia Commonwealth University. Recently, Dr. McDonald completed a Doctor of Ministry Degree from Louisville Presbyterian Theological Seminary in Louisville, Kentucky. Dr. McDonald serves as an Associate Minister at New Calvary Baptist under the leadership of Rev. Dr. William Marcus Small and a Bereavement Coordinator for Sentara Hospice. 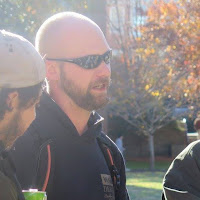 Dr. Scott Varda is an associate professor of communication at Baylor University, where he teaches about rhetorical theory, rhetorics of race, and contemporary media and society. His work exists at the intersections of rhetoric, race, gender, and class and has appeared in Critical/Cultural Communication Studies, Critical Studies in Media Communication, Argumentation & Advocacy, and Rhetoric & Public Affairs. He is currently working on a book analyzing the rhetorical practices of Noble Drew Ali, and a co-written book, with Dr. Leslie Hahner, on Rape Culture and Rhetorical Precarity.

The Noble Drew Ali, the founder of the Moorish Science Temple of America (MSTA), represents one of the more influential, yet least theorized, religious leaders in the African American oratorical tradition. As Michael Gomez observed, “By virtue of his disproportionate impact,” Ali should be understood as “a principal architect of early-twentieth-century black social thought and movement.” This essay interrogates the suasory principles of this architecture through the rhetorical syncretism of Drew Ali’s oratorical practices.
Following the First World War, Black American political culture was dominated by seemingly oppositional approaches to liberation—coarsely described as assimilation or separation. Rhetorically symbolized in the competing discourses of Booker T. Washington and Marcus Garvey, Drew Ali offered a way to traverse this dichotomy by crafting Moorish Americanism as a “both/and” response via an inventive synergy of seemingly competing thought. This essay, part of a larger book project, investigates the religious, secular, and apocryphal influences from which Ali produced the rhetorical logics of the MSTA. This essay shows how Ali galvanized disparate traditions from Black Christian Churches, the Apocrypha of the Aquarian Gospel of Jesus the Christ, and the secular practices of the Prince Hall Freemasons. In short, this essay attempts to better explain the rhetorical brilliance of Ali’s particular vision of religious identity and practice. 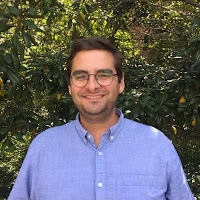 
In the Trump era, black liberation theology can serve a very important role for activist preachers. With its roots in Rev. James H. Cone’s Black Theology & Black Power, black liberation highlights the inherent value of African Americans and, through religion, strives to overcome oppressive political, economic, and social forces. However, there has been a parallel rise in some preachers’ message of respectability. Respectability politics, a term coined by Evelyn Brooks Higginbotham in the 1990s but existing in practice for centuries, offers a message of deferential obedience and conformity to an oftentimes white-created idea of proper blackness. These distinct ideologies are not merely academic arguments; rather, they manifest themselves in everyday life.

This presentation looks at these ideologies in practice by analyzing two mirroring events: the opening programs for Memphis, Tennessee Mayor Jim Strickland’s 2019 State of the City address and Shelby County, Tennessee (of which Memphis is the County Seat) Mayor Lee Harris’ 2019 State of the County address delivered roughly two weeks later. Rather than explore the actual speeches, this presentation looks at the ceremonies preceding these speeches. Each had roughly twenty minutes of preliminary introductions offering very different ideas of what it looks like to be a black citizen. The presentation highlights the moral and political commitments made in both programs, particularly focusing on the deferential invocation led by Rev. Ivory Jackson ahead of Strickland’s address and the liberating theology of Rev. Dr. Earle Fisher ahead of Harris’s address.

Currently, Dr. Holmes is the Associate Dean of Curriculum and General Education and Professor of English at Pepperdine University, Seaver College. As of January 1, 2020, he will become the Dean of Liberal Arts and Sciences at Lipscomb University in Nashville.

Where the Sacred and Secular Harmonize: Birmingham Mass Meeting Rhetoric and the Prophetic Legacy of the Civil Rights Movement. Cascade Press, November 2017.

"Speaking of Moses and the Messiah: Ralph Abernathy's Rhetoric for and by the People." Journal of Communication and Religion. Vol. 35 No. 1 (Spring 2012): 1-11.

"Say What?: Rediscovering Hugh Blair and the Racialization of Language, Culture, and Pedagogy in Eighteenth-Century Rhetoric." Calling Cards: Theory and Practice in the Study of Race, Gender, and Culture. State University of New York Press, March 2005.