Panel One: Politics and Protest in African American Public Address 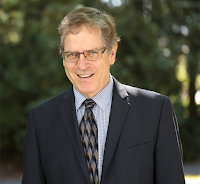 David A. Frank, University of Oregon


David Frank is a professor of rhetoric in the Robert D. Clark Honors College at the University of Oregon. The author and co-author of six books and 50 journal articles, Professor Frank studies the use of rhetoric and argumentative reason in value conflicts. He writes and teaches courses on rhetorical history and theory, civil rights rhetoric, the Israeli-Palestinian relationship, and the prevention of genocide and mass atrocities. He has received research awards alone and in collaboration with colleagues from the Mellon Foundation, Stanley Foundation, the National Endowment for the Humanities, the National Science Foundation, and the Korea Research Foundation. He and his colleague Robert Rowland were awarded the Kohrs-Campbell Prize in Rhetorical Criticism for their book Shared Land / Conflicting Identity: Trajectories of Israeli and Palestinian Symbol Use and he was awarded “article of the year” by the Communication and Religion Association. He served a five-year term as the academic dean of the Clark Honors College and has received six teaching awards in his career. Professor Frank is married to Marjorie Enseki, a retired kindergarten teacher. They have two sons, Michael (a student at Yale Law school) and Justin (a psychology major at the University of Oregon). He has played racquetball for fifty years and can beat most players over the age of eighty.

In this paper, I consider the direct influence of Martin Luther King's March on Washington address on the U.S. Congress, president, and public. In so doing, I am responding to Kiewe and Houck’s call for scholars of rhetoric and public address to link, in their studies, the “rhetorical act to some sort of reaction.” Yale law professor Bruce Ackerman has identified some of the material consequences of King’s March on Washington speech, astutely noting that it “brought movement politics to a new level” and “presented an action agenda.” This agenda, Ackerman argues, is embedded in the litany of complaints in King’s speech about Jim Crow, underscoring the claim that the speech “did not merely dream about the distant future.” Risen, in a comprehensive study, concludes, “King’s magnificent “I Have a Dream” speech during the March on Washington helped persuade white America that the time had come for federal action on civil rights.”

Ackerman and other scholars spell out at least five concrete results of federal action on civil rights that were influenced by King’s March on Washington speech: 1). The Civil Rights Act of 1964. 2). The Voting Rights Act of 1965. 3) The War on Poverty. 4). Affirmative Action. 5) The Fair Housing Act of 1968. With the enactment of these laws and programs, the long civil rights movement achieved significant coherence, better matching the words of the US Constitution with deeds, the proclamation of the rule of justice with at least its partial realization. I itemize, in some detail, these five tangible products of King’s March on Washington address. 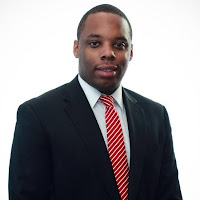 Damariyé L. Smith was born and raised in the Bay Area (northern California). His research interests are primarily focused on the rhetorical tradition, specifically in the context of African American studies, Higher Education and Education policy in the United States. Other research areas of interest include film criticism, leadership, organizational communication, and communication theory. He is an active member of the National Communication Association, Western States Communication Association as well as Kappa Alpha Psi Fraternity, Inc. His personal interests include working with disadvantaged and first-generation college students, mentoring, leadership development, cooking, spending time with my daughter, and our family, and playing as well as officiating basketball. His current research focuses on the commencement speeches of President Barack Obama.

Foner and Branham (1998) once argued that public address “remains a pervasive and important practice in American political and social life (p. 1).” The objective of this essay is to explore the 44th U.S. President, Barack Obama’s commencement address to the graduating class of Morehouse College. More specifically, I examine the Afrocentric qualities of Obama’s epideictic rhetoric to demonstrate how Afrocentricity promotes not only, a collective and humanistic approach to communication, but also possess persuasive characteristics that invite reflection and change through the epideictic genre. Implications suggest that Afrocentricity, as a lens, facilitates a more robust comprehension of the potential power of the epideictic genre that has the potential to shape societal change to bring about a more just and democratic society. 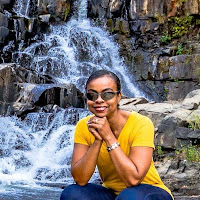 Erica Cooper hails from the midwest (Wisconsin) and completed her graduate studies at Indiana University. Currently, she serves as the co-director of the African and African American Studies program and teaches in the School of Communication at East Carolina University. She has published on topics such as the rhetoric of race in law, critical race theory, critical rhetorical theories, and the one-drop rule. Erica's other research interests include the rhetoric of health and race, Black Power rhetoric, and colorism in the media.

Paper Title: The Rhetoric of Equality: A Fantasy Theme Analysis of African American Oratory During Reconstruction 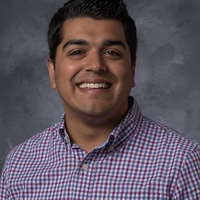 Andrew Boge is a doctoral student in the Department of Communication Studies at the University of Iowa studying rhetoric and public advocacy. Residing at the intersection of critical race studies, contemporary rhetorical theory and criticism, and decolonial studies, his research broadly focuses on the rhetoric of race/racisms with attention to temporality and social change. Andrew is particularly interested in parsing out the dominant temporal literacies that discursively obfuscate the spectral elements of race/racisms.

Paper Title: “But still we are haunted”: Ta-Nehisi Coates, Decolonial Chrono-politics, and “The Case for Reparations”

Ta-Nehisi Coates, a key figure in the African American oratorical tradition, became coronated a foremost black public intellectual with his publication of the “The Case for Reparations” in The Atlantic magazine. The 16,000-word long-form essay documenting the systemic barriers that have precluded black people’s ability to generate and accumulate wealth in the United States sparked a national conversation around the topic of reparations not seen in over a decade. The essay’s centrality in public discourse and the inventive rhetorical tactics laden within its prose is the central concern of this essay.

Drawing on critical time studies, Afrofuturist scholarship, and decolonial theory, I articulate the inventive temporal strategies Coates deploys to break away from the tired and hegemonic arguments that keep reparations stalled. I argue, Ta-Nehisi Coates engages in a decolonial chrono-politic that subverts modernity/coloniality’s conception of History and racial progress restraining the reparations debate. Contained within “The Case for Reparations” is a decolonial temporal performance that disintegrates linear constructions of United States History through a centering of anti-black violence as a formidable tool that precluded African Americans from the central corpus of wealth in the United States. The past-present-future diachronic articulation of reparations allows Coates to inventively triangulate and deploy discrete temporalities locked away by the colonial matrix of power. I draw implications for theorizing race outside of hegemonic constructions of time and the potential of non-linear argumentation.