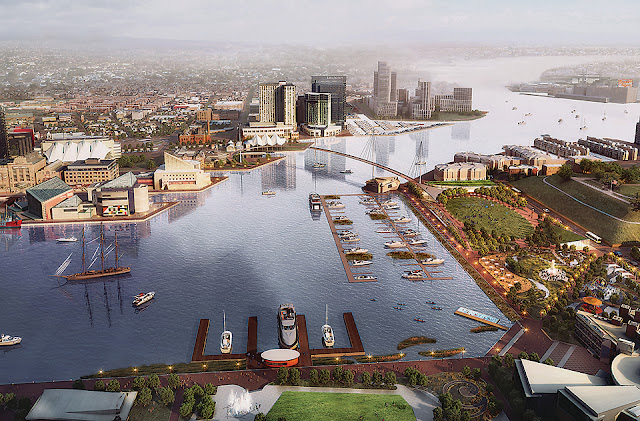 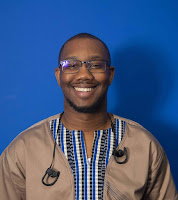 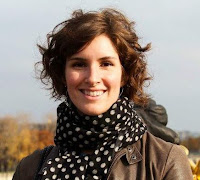 Dr. Jakes is an Assistant Professor in the Department of Communication at the College of Charleston. Her research program focuses broadly on issues pertaining to rhetoric and culture, with special attention to social movements, resistance, and music. She examines how marginalized or dissident citizens use verbal and nonverbal discourse to build solidarity, reassign political authority, and contest norms of national identity, gender, race, and class. Overall, her work combines concepts of subjectivity and performance with the deeply contextualized study of oral communication. This approach is best exemplified in her recent book, Strains of Dissent: Popular Music and Everyday Resistance in Occupied France, 1940-1945. There, she argues that popular music served as rhetorical material for dissent and resistance in German-occupied France between 1940 and 1945. Currently, she is working on a new book manuscript on the subject of black music and American citizenship.

While the oratory canonized in Foner and Branham’s anthology represents a key mode of African American public address, this rhetorical tradition does not include the musical performances through which black Americans have also worked to constitute community, argue for freedom, and lay claim to the nation. This paper helps to restore this musical rhetorical tradition to the scope of African American public address through the examination of the case of the Fisk University Jubilee Singers. Formed in 1871 to raise funds for then-fledgling Fisk University, the Jubilee Singers toured internationally and domestically in the Post-Reconstruction Era, popularizing African American spirituals among a worldwide audience in the midst of the domestic debate over freedpeople’s political future. Known for their perfect intonation and skillful pianissimo, the Singers demonstrated African Americans’ capacity for self-control and, by extension, self-government. By positioning this musical skill as uniquely innate to the black body, the Singers laid the argumentative groundwork by which even uneducated African Americans could claim citizenship. Fine singing was proof, in other words, that the black body already possessed the qualities of restraint and discipline needed for American citizenship. Through the analysis of the choir’s programs, the diaries of individual singers, and press reviews of their performances, I hope to draw scholars’ attention to the ways that musical performance and its representation has been crucial to the rhetorical process of making the black body American.


Dr. Carolin Aronis is a Postdoctoral Scholar and a Visiting Lecturer in the Department of Communication at the University of Colorado Boulder, and an Affiliated Faculty member of Communication at Colorado State University. Her research is placed at the intersection of critical media studies, media ecology, gender studies, architecture, and rhetoric of racism, sexism, and anti-Semitism. Much of her work relates to innovative communicative perspectives on media, intimacy, urban life, motherhood, activism, and death. She holds a Ph.D. in Media and Communication Studies from the Hebrew University of Jerusalem (2015) and has published her work in the Journal of Communication, Explorations in Media Ecology, and Discourse & Communication, among others. Her paper: "Communication as Travel: The Genre of Letters to the Dead in Public Media" will receive a Top Paper Award in Philosophy and Communication at the 2019 NCA Annual Convention. Currently, Dr. Aronis is working on several publications: a monograph on liminal architecture and social media, the performance of Sojourner Truth’s speech in textbooks and YouTube (with Dr. Natasha Shrikant), and the practice, rhetoric, and impact of swastikas and nooses in the built environment of U.S. campuses (with Dr. Eric Aoki). 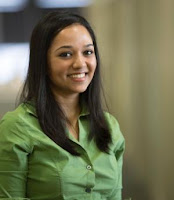 Natasha Shrikant uses ethnographic and discourse analytic approaches to studying the relationship between communication, culture, and identity. She has several publications examining the discursive construction of racial, ethnic, gender and sexuality identities. Her most recent project examines how organizational members construct racial and ethnic categories as professional identity categories and invoke these identities in interaction to accomplish organizational goals

Paper Title: The (ideological) journey of Sojourner Truth’s well-known speech: From oral to written and back

Sojourner Truth’s well-known speech commonly titled “Ain’t I a Woman?” has become a symbol of an African American oratory performance. First delivered at a Women’s Rights Convention in 1851 in Akron, Ohio, this speech has been used for more than a century and a half in historical books, academic textbooks, theater, and the free web to reflect and encourage African Americans’ empowerment, American (and international) women’s rights movements, and messages of intersectionality. However, this speech was not based on a previously written text. Rather, it was given both from and by heart to a mostly White audience and was transcribed by two White individuals who were present at the convention, recording the powerful words, and publishing it later for the world to read (in a newspaper and anthology). The speech appears in many versions that vary in representations of words choice, dialects, and rhetorical practices. Authors of each version, taking into consideration different audiences, have altered Truth’s identity, her message, the genre of the speech, and other related aspects.


This paper explores the changes of the written speech through time and within different contexts and venues of publications and performances. Using approaches from media studies, multimodality, and Critical Discourse Analysis, we reveal practices of reconstructing ideology, exclusion, and racism that usually hide within translations of oral words into written ones and vice-versa. Our analysis starts with the originally written publications of the speech and traces its changes throughout books up to more recent performances on YouTube by African American women activists. This case provides insights into the fascinating relationships between oral and written words, between Black and White voices and it uncovers the power of the African American oratory tradition across racial, gender, and national boundaries. 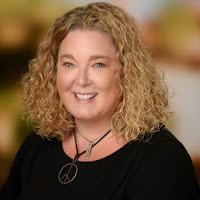 Kristine Warrenburg Rome, Ph.D. is an Associate Professor of Communication who joined the Flagler College community in 2009-2010. Her research is driven by the problems concerning the politics of difference. Such politics – of race, class, and/or gender – resonate in the situational context of communication interaction and create opportunities to re-produce hierarchy and/or transformation. Her research has appeared in Contemporary Argumentation & Debate, as well as in multiple international argumentation conference proceedings and more recently as book chapters concerned with critical cultural ethical communication. Her work on Robert F. Kennedy’s April 4, 1968 announcement of Martin Luther King, Jr’s assassination, which has been presented at over a dozen national and international scholarly conferences, is still ongoing.

On April 4, 2018, Congressman John Lewis returned to 17th & Broadway, the Indianapolis location where he stood 50 years prior to witness Robert F. Kennedy announced the assassination of Martin Luther King, Jr., to community members, gathered at King Park. Despite the eruption of violence in the wake of King’s death, the Hoosier community remained peaceful and as such Indianapolis has “…a story to tell…to spread around our nation and around the world,” bellowed the 1968 audience member turned lifetime civil rights activist and civic leader. Lewis was one public speaker in a day filled with commemorative performances. Tony Sytxx, an Indianapolis native, teacher, and spoken word artist was another. Sytxx reminded 2018 audience members of the lingering choice individuals have when hearing the call of the RFKMLK legacy.  One can either “…watch the world burn” or “Bring the Water In.,” which is also the title of his spoken-word piece performed near the close of the 50th commemoration celebration.


This essay, along with celebrating the African American rhetorical tradition is concerned with the trace of ethics, as reverberations that reminds one of resounding individual responsibility and obligation to the Other in and through timeless gesture (Levinas, Arnett, Hyde). More specifically, Lewis and Styxx both forward an ethical eloquence that demands response by way of heightened affectivity found in tone, rhythm, inflection, voice, and more, which foregrounds visceral sound as a key condition for uncovering the trace of ethics by “listening otherwise” (Lipari, 2009 & 2012).


Nicholas Prephan’s research focuses on the role of memorialization of tragedy in group identity construction. By utilizing a narrative framework, he draws attention to the ability of re-told stories of the past to impact the politics of today. Nick also served as a communication consultant for Ingrid LaFleur’s Afrofuturist mayoral run in Detroit. He is currently an instructor at Adrian College.

Arthi Chandrasekaran is a Detroit-Futurist, storyteller, and communications consultant. She was one of Ingrid Lafleur’s speechwriters during her historic Detroit campaign for mayor wherein the AfroFuturist aesthetic was politically animated for the first time. Arthi is passionate about the cross-sections of the communication of leaders and community organizing. She mobilizes her marketing background to consider strategic communication opportunities within an organizational context.
She is finishing a Masters in Business Administration at Michigan State University’s Eli Broad College of Business next semester. Concurrently she is working on a Doctorate of Philosophy at Wayne State University’s College of Fine, Performing, and Communication Arts."

Coined in 1993, the term Afrofuturism has long described an artistic movement that seeks to imagine a future for African-Americans that is decoupled from their traumatic history, and more tied to their diasporic African roots and utopian possibilities. This analysis seeks to understand how Afrofuturism can be applied to a political context. In 2017, this philosophy was mobilized by Ingrid LaFleur in her campaign for mayor of Detroit. She labeled herself as a protest candidate, who ran not to win but to get issues such as marijuana legalization and the creative economy into the political conversation. Her run garnered national attention, with the New York Times and NPR doing stories on the LaFleur campaign.

One of the most important moments of the campaign came when Lafleur was invited, alongside her long-time collaborator Bryce Detroit, to give a speech at the Scarab Club. This institution has long been the seat of culture in the city of Detroit, where artists such as Diego Rivera and Norman Rockwell held court. This address was centered on how Afrofuturism when politically energized, can work towards centering ones focus on pleasure in a social justice context. Rather than hedonism, Pleasure Activism centers experiences that create positive futures for everyone involved. LaFleur and Bryce Detroit laid out a means of enacting Afrofuturist ideology outside of a purely artistic context. This analysis seeks to utilize their definitions and approach to better understand how Afrofuturism can be mobilized in this way. 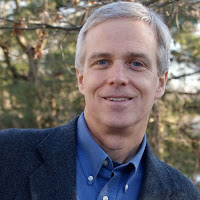 I am a rhetorical critic. From my perspective, this means that I engage in an analytical practice that is informed by rhetorical lore and that takes as its goal a contribution to civic culture through the invention of just and capacious discourse. My work is animated by an effort to enable and encourage active participation in public life through the close study of exemplars. I participate in a long tradition of rhetorical criticism understood as a project of making public discourse available as civic equipment, a tradition articulated, for example, by Isocrates, Quintilian, and Kenneth Burke. Of course, my work also continues to be influenced by my mentors, including Janice Hocker Rushing and Michael C. Leff.

I have been particularly interested in African American public address, in part because circumstances often demand that marginalized rhetors be especially inventive as they address the limitations and exclusions that bar access to full citizenship. I have written about some of the ways that Malcolm X, W.E.B. Du Bois, Frederick Douglass, Stokely Carmichael, and Barack Obama have contributed to civic culture through their practices of rhetorical invention.

A natural outgrowth of these intellectual commitments has been my interest in pedagogy, and in particular, the role that training in rhetoric should play in the liberal arts and in civic education. In this work, I argue for the continuing relevance of ancient rhetorical theory for analyzing, critiquing, and intervening in contemporary civic culture.

In addition, beginning in graduate school and extending to the present, I have had an abiding interest in the rhetorical analysis of film. In its cultural reach and multisensory appeal, film affords rich potential as an inventional resource, and its narrative form makes it an especially appropriate site for analytical work at the intersection of rhetoric and myth. In my current projects, I find myself energized by returning to these interests in my teaching and research.